The castle of Gropparello remains perhaps one of the complexes that most retain all the charm of the medieval fortification, thanks to the exceptional landscape in which it is located, and the very special arrangement, which makes it appear almost embedded in the rock, of volcanic origin, on which it is It was built. The irregular structure, which adapts to the morphology of the rock, is enclosed by walls with Guelph battlements, defended by towers, the entrance with a drawbridge and the powerful central keep. Passing a second wall, you reach a suggestive courtyard. The castle park houses the Parco delle Fiabe - 1st Emotive Park of Italy, which evokes the magical medieval atmosphere of knights, fairies, elves and witches. In a park of 20 ha paths follow one another, small hidden gardens, clearings in the woods and from 2008 on one of these hills was created the Museum of Rising Rose based on a project by Rita Gibelli, with 108 varieties of roses for a total of 1350 plants. It is possible to sleep inside the castle in the exclusive Torre del Barbagianni suite: relax in a magical atmosphere suspended between the drawbridge and the courtyard of honor. At the Castle the taste finds its place in the Medieval Tavern where the Chef Alessandro Folli creates seasonal menus of great harmony that are combined with the best DOC wines of the Colli Piacentini and others. There are also historical-themed banquets here during the year. Among the numerous medieval-themed events held in the castle, we highlight the Medieval Market of May, the Wedding at the Court of June, the Grape Festival in September.

The Medieval Tavern is open from Thursday to Sunday for lunch and Saturday evening for dinner. Booking is always recommended 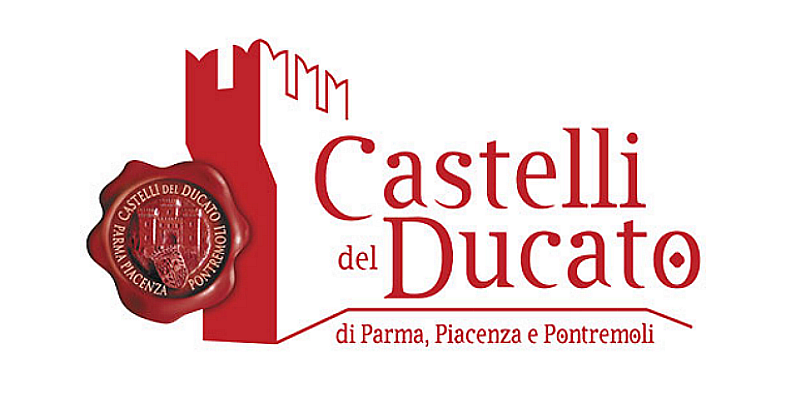 A bit of History

The earliest known document on Gropparello dates back to the year 810, and is the act by which the emperor Charlemagne grants the place as a fief to the then bishop of Piacenza Giuliano II.

It is believed that the fortification of the Carolingian period was built, as was often the case, on a primitive Roman fortification, perhaps a simple watchtower or a "castrum" of the III - II century A.C.

At the time of the fights between the Guelphs and the Ghibellines, the castle is in the hands of the Guelph party and comes on several occasions and with alternate fortune attacked by the Ghibelline forces.

At the beginning of the '300 Gropparello was in the hands of the powerful Guelph family of the Fulgosio, probably for the legacy of the then bishop of Piacenza Filippo Fulgosio.

In 1599 Ranuccio I Farnese, lord of Parma and Piacenza, returned in possession of the fief of Gropparello, invested with the hereditary title of "count of Gropparello" Marcantonio Anguissola, his man of trust, who had among other things held the office of governor of the Val di Taro.

In 1848, with the death of Gaetano Anguissola, this branch of the family died out; the castle, put up for sale together with other properties, passes a period of great decadence in which it is also used, like other castles in the area, as a rural building.

Among the interiors, particularly interesting is a dining room dating back to the age of Marcantonio Anguissola (late sixteenth century), which preserves some of the most significant architectural and decorative elements of the period, such as the monumental fireplace, with rich stucco decorations of mythological inspiration. and the room called "alcove room" for its function in the eighteenth century.

The environment, consisting of a gallery with a vaulted ceiling, currently features architectural structure and decorations dating back to the mid-18th century in the so-called "rococo style".

The arch that introduces the alcove presents in the center the coat of arms of the Anguissola di Gropparello.

The collection of musical instruments.

Thanks to the excellent acoustics due to the vaulted ceiling, the environment is currently used as a music room, particularly suitable for chamber music, and contains some instruments of great interest both from the standpoint of antiques and from the organology (ie the study of the evolution of musical instruments).

The "grand coda" piano with refined and elegant lines dates back to the middle of the last century (the year of construction, determined on the basis of the matriculation number, is 1847, is therefore particularly ancient as a piano, considering that it is normally considered ancient a piano of the late nineteenth century); it was built in Paris by Pierre Erard (inlaid signature inside the cover), one of the most prestigious piano makers of the era,

The harp. it dates back to the first half of the eighteenth century (the size is characteristic, a little lower than that of the harp we know today, deriving from the more massive and sonorous late nineteenth century instrument).

The string instrument can be defined as "popular cello".

It is attributable to the area of ??Brescia-Cremona and probably dates back to the early seventeenth century.

An "didactic" Music Room, dedicated to ancient music, is opening

inside which are housed an Italian harpsichord (Grimaldi copy 1697), a French cello of the nineteenth century, an arciliuto with 10 choirs (copy Matteo Sellas) straight baroque flutes and crosspieces, chromorni, bombarde, a lute and a popular viella, a fun mechanical clavichord built in Vienna in the nineteenth century.

This room, in addition to enriching the guided tour of the castle, will be available for educational activities with elementary and middle school children, the conservatory and as a study hall or rehearsal room for the use of musical groups for ancient music, and will be increasingly enriched, from new specimens.

The castle is surrounded by an estate of 20 hectares, divided into a centuries-old park, wild woods, valleys, vineyards, and overhangs on rock. From the tower of the castle you can see how the latter dominates the incredible and unique landscape characterized by the dark mass of the olite, surmounted by the coniferous forest, and the overhang on which the castle stands.

Around the castle there are some paths: these are the ancient walkways, which descend to the ravines of the stream; they are made up of small paths and stairways dug into the living rock, to the limit of which stands a botanical garden created in the late 1800s, an era in which the wild nature of the "horrid" was refined by the work of man; this botanical garden contains particularly rare species, still in the process of being cataloged, which were characteristics of the Italian-style garden of sixteenth-century inspiration and of the botanical garden according to the nineteenth-century concept.

The suggestive clusters of ophiolite that are the foundation of the walls, and the spontaneous vegetation that grows among them creating a dense shady wood, contribute to make the atmosphere full of magic

Like all castles Gropparello also has its legends and its mysteries: it speaks of secret passages and walled rooms and those pitfalls consisting of wells with sharp blades stuck in the walls, where the unfortunates were thrown that the gentleman wanted to "disappear" or enemies.

Certainly there were prisons, which were to be found in some rooms under the garrison's body, which are accessed through low and narrow tunnels, which suggest the function of hindering the escape of prisoners - currently this part can not be visited for reasons safety.

Naturally, it is also told of a ghost; that of the unhappy Rosania Fulgosio, who would have been walled up alive by her husband, Pietrone da Cagnano, for having betrayed him during his absence from the castle.

We are at the end of 1200; while Pietrone is away from the castle to participate with his troops in some military action, the castle is attacked by opposing militias led by young Lancelot Anguissola, ancient love of Rosania, opposed by her family.

The castle falls after a strenuous defense, and the victor threatens severe reprisals. The young castellana throws herself at her feet interceding for the life of the vanquished; the two recognize each other and the ancient love awakens; so that night Rosalie fails her wedding duties.

Subsequently, however, Lancelot, recalled by other military enterprises, leaves the castle with his soldiers. Pietrone returns, informed by a faithful fighter named Verzuvia of his wife's betrayal, he plans the terrible punishment we have said: on the pretext of building a safe hiding place in case of danger, he digs a cave in the living rock under the foundations of castle; then, one night, having dismissed all the possible witnesses, he falls asleep with a drugged young wife and confines her with it; the entrance to the "cursed chamber" is carefully walled and hidden.

The girl dies in this horrible way, and her spirit remains tied to the place of her unhappy existence, manifesting herself in certain nights with lamentations and moans that since then would have been heard often by those who have inhabited the castle; the diaphanous figure of a young woman was sometimes seen in the park or in certain rooms in the castle.

In some rooms of the main body a figure of a rather small young woman has recently appeared several times, with her hair gathered by a veil and a long white dress; the apparition, which was seen not only by the owners but also by others, including visitors, goes away, silently as it arrives, entering a wall, or disappears as soon as you try to fix it more carefully.

"The castle of Gropparello, known in ancient times as "Rocca di Cagnano", is a characteristic example of a medieval fortification built to defend the access road to a valley."

OTHER EVENTS IN THE AREA