see all the timetables

The Castle is the symbol of the Formigine community and the main place of the collective memory. Visitors can find a tourist information point with a bookshop, where it is possible to receive informations about the castle and the surrounding district.

The ground floor of the Stately Home houses a restaurant and a wine shop, where you can taste excellent local food and wine.

On the first floor there are the Council Chamber and the Wedding Room. It is possible to rent the prestigious halls of the castle for meetings, conventions and events.

Due to its central position, the Castle is an important cultural center of the city, which hosts various musical and theatrical events, meetings with authors, guided tours and historical commemorations.

The fortress also houses the Castle’s archaelogical Museum which explains the historical and archeological research through multimedia installations realised by Studio Azzurro, an art research center based in Milan.

Surrounded by the castle walls, the inner park is an oasis in the historic town center. 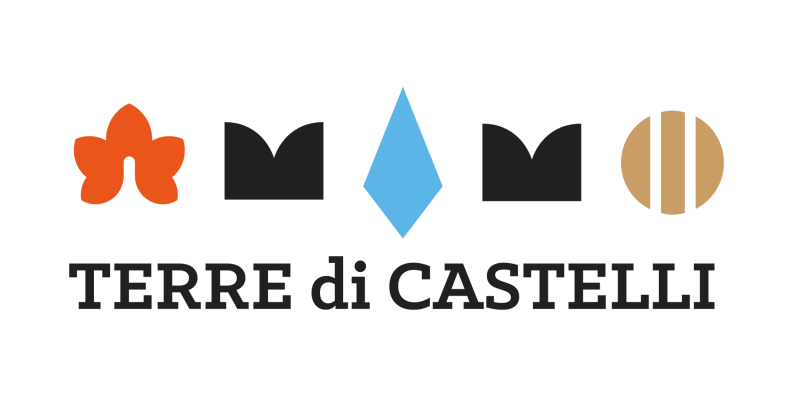 A bit of History

The history of Formigine is closely tied to its castle. Built by the Town Council of Modena in 1201, following a defeat at the hand of the troops of the rival Council of Reggio Emilia, the building was erected next to an ancient village. The data brought to light during a recent excavation operated by the Ca’ Foscari University of Venice, show that the nearby settlement dates back to the X century and link it to the presence of a church dedicated to St. Bartholomew and its nearby burial grounds.
With the arrival of the Adelardi and of Azzo da Castello, the captain of the guard, the XIII century defence systems were transformed. In 1405, Nicolò III d’Este appointed Marco I Pio to a great number of land properties at the feet of the Modenese hills, including Formigine, as is shown by the 57 frescoes found in the Sala delle Vedute of Spezzano’s Castle. As a matter of fact, it was during the reign of the Pios that the rocca was given its current structure: alongside the mediaeval fortress, known as the rocchetta, the noble palace was built (as a residence for the Lords of Carpi) along with the clock tower, the seat of local council. The people were then moved progressively outside the walls of the fortress, and the church became a nobles chapel. In 1599 Marco III Pio died without heirs, leading the Formigine Castle to be passed on to the Estense family, who then owned it until 1648, when it was given to the Marquis Mario Calcagnini, a ducal official.
During the Second World War, Formigine and the castle were hit hard by air bombings. In the aftermath of the war, the Local Council purchased the entire compound to repair it and use it as a town hall, but after some 50 years, the state of the building was no longer practicable. Thus, the council buildings were moved so that a major restoration work could take place, turning the entire complex into a public building open to all those who wish to visit it.

Nowadays the stronghold - the oldest fortified nucleus of the castle - houses the Museum of the Formigine Castle realised by Studio Azzurro, an arts research group on international level, under the scientific direction of the Ca’ Foscari University in Venice.

The Castle’s archaelogical Museum is yet another milestone of the activity Studio Azzurro has been perfoming for almost thirty years, investigating the artistic and expressive potential of technological civilizations.

Studio Azzurro’s work tries to conjure what historian Franco Cardini defined as “the gentle ghost of good popularization”, informing while entertaining. This creates a direct link betwen scientific research and what people prefer and are curious about.

And that direct link is made, in Studio Azzurro’s own way, through the liquid language of multimedia technology, in a natural and understated way. This helps adding imagination to the scientificness of data.

A pot finds the hands that fomed it, used it and shattered it. Rooms reveal the faces and the actions of those who have passed through them. The bare earth renews the medieval rite of burial. What comes out is great picture that connects sensibly all the architecture, the objects, the immaterial contents and the visitors in a unique experience, just like a work of art.

The museum is conceived in such a way that it is a truly extraordinary place where the cultural heritage of a community is kept, interpreted and passed on from one generation to the other, countering the amnesia of places and humankind and the ever so rapid changing of time and space.

The videoart show is developed in three episodes, which have transform the Castle’s walls in a mirror populated with fantastic beasts and imaginary castles whith large architectural screening. From this experience borns a permanent art installation: the Moving Castle’s Room, placed in the Marquis’ Palace, it enrich the tour of the Multimedial Museum.

The Moving Castle Room is an artistic installation and a constantly evolving project dedicated to our present culture’s social imaginary in which the Middle Ages’Castles have a prominent place.

It is a treasure chest revealing through sound and three-dimensional images a sensational voyage full of fantastic creatures and imaginary castles.

The Moving Castle Room is produced by Delumen, enterprise of ideas by Angelo Santimone e Raoul Battilani, creators of many project incuding “The Trip” inside Auditorium Enzo Ferrari.

"The Castle displays a wonderful example of the architectonic evolution of a medieval fortification into a Renaissance manor."